Imagine, if you will, that you are a contestant on the game show Jeopardy.  You choose the category “Surprising Cities” for, say, $400.  Mr. Trebek prompts you with, “This city’s famed Riverwalk is a pleasing fusion of Europe, Mexico, and the mystical Elvish realm of Rivendell.”  Faster than a quick draw in an old western, you whack the buzzer and say…

“What is San Antonio?”

Congratulations!  You nailed it!  (And with that single correct answer you’ve just won enough money for a single night at Mokara Hotel and Spa on the Riverwalk – not including taxes.)

But why “surprising”, you may be wondering.  Two reasons, actually.  First, nearly a year ago I canvassed my readers for travel suggestions when the husband and I couldn’t agree on a destination for our 20th anniversary celebration.  To simplify things, I presented a list of choices, but a pseudonymed commenter – later revealed to be my sister – went rogue, ignoring my list and suggesting San Antonio instead.  She noted some of its more well-known features, though they weren’t known to me, and I became intrigued.  That’s where the first surprise occurred… my subsequent research on Texas’ second largest city left me surprisingly taken with the idea of visiting.  Never before had a Texas city been granted “must-see” status on any of our travel lists.

Second, I’ll admit I’ve not always been impressed by some of the Texans I’ve encountered on my travels.  Loud and brash are the adjectives that most often spring to mind.  Of course, not all Texans are like that, just like all Minnesotans aren’t “Minnesota Nice,” but, deserved or not, Texans do have a certain reputation, at least up here in the north, and most of my experiences hadn’t contradicted that bias.  Thus, I wasn’t sure what to expect when we flew from the North Star State to the Lone Star State.  This is where the second surprise occurred… it almost didn’t feel like we were in Texas, or at least the Texas of my imagination.  Ten-gallon hats, six shooters on every hip, loud personalities, and other stereotypes were practically nonexistent.  There were charming y’alls*, of course, it was hot, and there was a definite Tex-Mex feel to the city, but that’s about it.

Anyway, enough preamble.  Let’s get to my impressions of San Antonio.

Riverwalk: This is the first thing people mention when I ask if they’ve visited San Antonio.  The comments have been, without exception, glowing, and I can’t disagree.  The blended feel of Europe (sidewalk cafes and canals), Mexico (food, language, and art), and Rivendell (Lord of the Rings fans, you know what I’m talkin’ about) had me gushing, “This place just oozes charm!” several times on our first day alone. 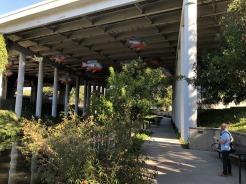 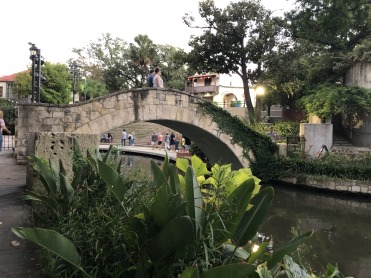 In fact, the husband loved it so much that within a day of being there he declared a sudden desire to relocate and began looking up home prices on Zillow.

Everywhere you look, there are artistic little touches.

In short, if he were alive today, I’d hug Robert Hugman, the architect and visionary behind the Riverwalk.

Shopping: The two main areas closest to the Riverwalk are La Villita and Market Square.  The former – bordering the southeast corner of the Riverwalk and a little more upscale – has small boutique shops, but the area was practically deserted on a Thursday afternoon.  The latter – several blocks to the west of the Riverwalk – was also dead on a Thursday, but much livelier during a return visit on a Sunday.  Full of Mexican items, the shops sell everything from kitschy T-shirts to ceramic ristras to leather goods.

Brackenridge Park: We walked through more than half of this large park to get to its Japanese Tea Garden and our assessment is that it could be so much more.  Perhaps it was the time of year, but it just looked dry, flat, and dull.  Perhaps San Antonio sinks all its funds into the Riverwalk.  Perhaps we shouldn’t judge because we didn’t see all of it, but judging it we are.  On a more positive note, the Japanese Tea Garden was delightful.  Replete with an interesting, if sad, history, this free and colorful garden is much closer to what the whole of Brackenridge Park could be if it wanted to.  Unwilling to spend $20 to buy a five-picture photo permit, I’m going to rely on the San Antonio Parks Foundation website (https://saparksfoundation.org/japanese-tea-garden/) to provide the visuals: 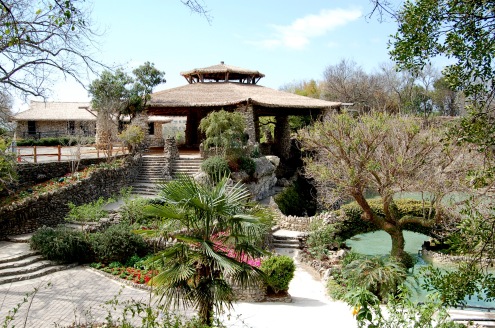 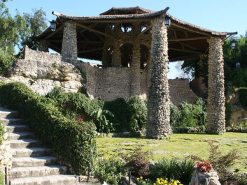 Pearl area: Accessed via a beautiful section of the Riverwalk heading north, this district boasts shops and restaurants with a welcoming, somewhat hipster vibe. 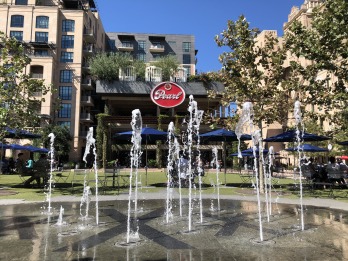 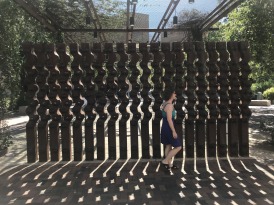 Historical sites: Though we merely walked by the Spanish Governor’s Palace and the San Fernando Cathedral, we did take a proper look around the Alamo.  We eschewed an audio guide, which was probably a mistake, since we honestly didn’t know that much about the Alamo.  The husband, British native that he is, can probably be forgiven.  I, however, took American History in high school.  We solved our ignorance problem in the gift shop by reading some of the children’s books about the Alamo.  Though still not erudite on the subject, we can now recite the basics at least as well as any ten-year-old.

People:  The people of San Antonio – from runners on the Riverwalk, to hotel employees, to Uber drivers, to waiters, and everyone in between – can be described in one word – friendly.  The sentiment can then be re-emphasized in three words: Very, very friendly.

Food/Restaurants:  The traveler maxim that you have to get out of the touristy areas for the best food holds true in San Antonio.  Though we had good food on the Riverwalk, it was expensive.  Granted, we were paying for the ambiance, too, and I wouldn’t skip any of the meals we had among the multicolored umbrellas, twinkling lights, and tropical greenery, but getting off the Riverwalk led to some dynamite repasts in unique venues.

We went into Bombay Bicycle Club purely due to the whimsical name and signage. 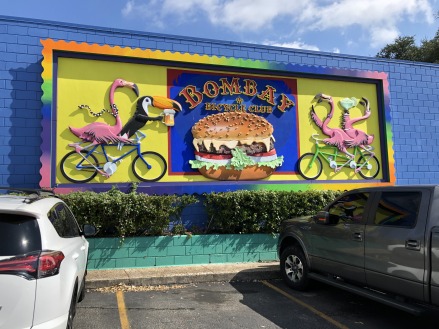 This has led to a new travel rule: The quirkier it seems, the faster you run toward it. 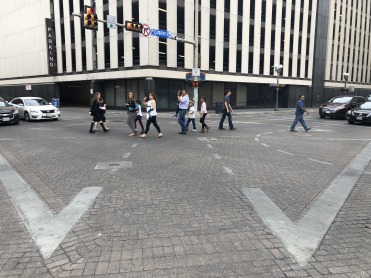 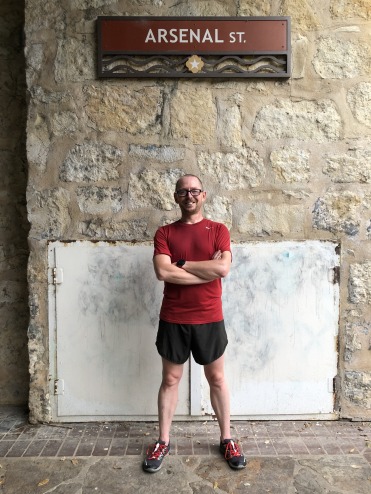 In the end, we never made it to the Mission District, the botanical gardens, or the Tower of the Americas.  The Saga Light Show I had so wanted to see was closed temporarily due to technical problems.  (I can feel a “How many Texans does it take to change a light bulb?” joke coming on…)  Fredericksburg, New Braunfels, and the winery-studded Texas Hill Country are all within easy driving distance of San Antonio but not within the scope of our short visit.  Do you see where I’m heading with all this?  We will be back, and if the eagerness of two previous Texas skeptics to return to the Lone Star State doesn’t convince you that San Antonio is worth visiting, I don’t know what will.

Leave a Reply to The Travel Architect Cancel reply