England is overrun with sadistic flora.  It’s everywhere.  Excepting the concrete expanse that is London, of course, it lines every sidewalk, footpath, rural road, and urban street, so don’t be tempted to absentmindedly brush your hand along the greenery as you stroll (as I did).  You will get bitten.  (As I did.  Many times.) 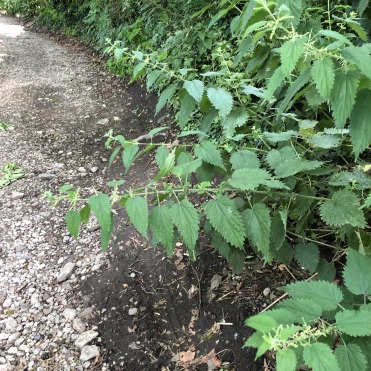 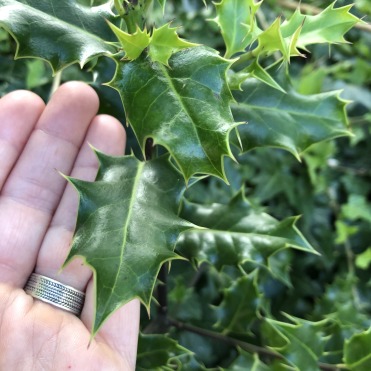 #2: The British have a special talent for inventing place names

This came to my attention on a visit many years ago.  Gazing out the car window while hurtling down the road, I noticed signs for the towns of Cocking, Dorking, and Lickfold.  After wiping tears of mirth from my eyes, I knew I had to keep an eye out for more amusing place names.  On our most recent trip I didn’t happen upon any with quite so much, uh, sexual innuendo, but there were still plenty of delightfully quirky British place names to be found, including Pulverbatch, Twitchen, Newton Unthank, Peckleton, Kirby Muxlowe, Picklescott, and Lickey End.  (Wait.  There might be some sexual innuendo in that last one.)

#3: The British have a penchant for inventing unappetizing food names

The Brits have a knack for taking something appealing, like food, and giving it a very unappealing name.  Regardless of how delicious these foodstuffs might be, their inventive appellations may create a psychological barrier for the less adventurous eaters among us.  To my mind, four of the biggest offenders are clotted cream, toad-in-the-hole, Digestives™, and spotted dick (!)  Just hearing those names is enough to put me off my mushy peas.

So there you have it folks – random findings gleaned from two decades of visits around the husband’s homeland.  But surely there are more.  What quirky English traits, habits, cultural norms, or other features did I miss?