If you read my recent post on our new membership with an international petsitting company, you know that I couldn’t stop looking at the damn site, and it was causing serious problems.  Chores were being neglected, hobbies fell by the wayside, several people ended up in the hospital.  OK, I’m exaggerating here (and, with that last one, outright lying), but it was taking up an inordinate amount of my time.  I knew I had to do a petsit to satisfy my curiosity and quell the obsession, if that was even possible.

Easter weekend provided the perfect opportunity.  Though we plan to do our sits as a couple, the husband didn’t have Good Friday off like I did, so I searched for something that was reasonable to do by myself.  (For instance, there are sits out there that insist on a couple because they have, say, a trio of 120-lb Bullmastiffs that need three long walks a day.)

I found what seemed like a perfect sit in Seattle.  I’d been there, but only briefly and not for 20+ years, so a revisit was welcome.  It was a relatively inexpensive direct flight to a short sit in a great location with a friendly and gentle old French Bulldog and his feline companion.  What could go wrong?

The animals were as darling as could be, and they made me feel like they loved me from the outset.  I did learn a few things, however: 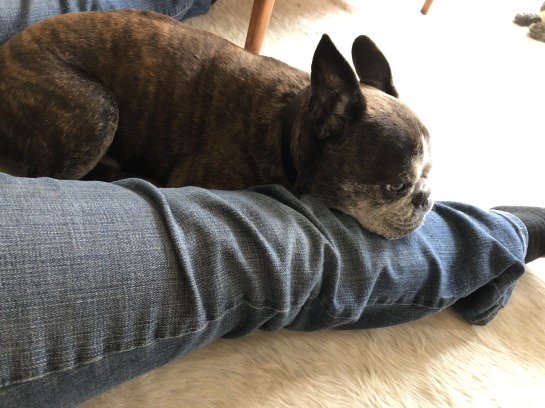 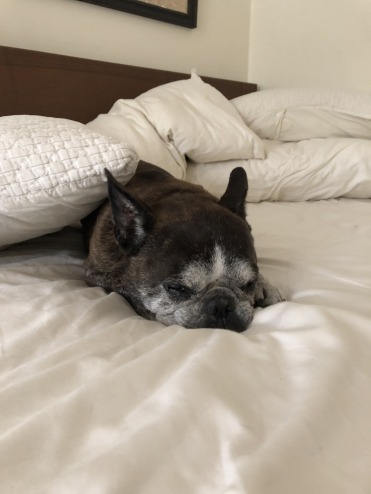 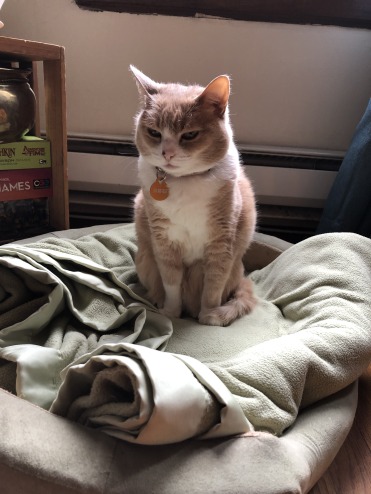 Here’s what my eyes drank in in Seattle:

So in the end, my first petsit validated the happy vibes I was already feeling pre-sit.  I am so glad to have joined this petsitting community.  The husband and I will be doing a catsit in a beautiful, 2-bedroom Colorado condo (with a balcony!) in a few months, on the tail end of our existing vacation, and between securing that and doing the Seattle sit, my obsession seems to have calmed for the time being.  According to the husband, that alone is worth the cost of my trip.