A recent chain of events (a record-breaking polar vortex which led to a four-day school cancellation which led to a reorganization of the photo cupboard) brought to light a long-forgotten photo album of our first Southwest road trip.  Turns out the husband and I (but mostly the husband – you’ll see his massive camera in several photos in this series) took more and better photos back then than we did on a similar road trip last summer, and I thought I would share some of them with you in a series entitled “A Photo Journey.”  I hope you enjoy them, and even more, I hope they inspire you to travel.

We had spent the night before our hot air balloon ride in one of those tiny, rustic KOA cabins, having lost the tent-set-up battle in Gale Force Wind vs. The Travel Architect & The Husband.  It wasn’t a matter of us wimping out.  Two mere humans and a flimsy little nylon shelter were simply no match for the relentless typhoon of dust-filled air that had us screaming to be heard.  If I had a video of the struggle, I’m pretty sure it would have won an Oscar® for Best Comedic Short, if such a category existed.  Which it doesn’t.  But it should.

Anyway, it was probably a good thing we didn’t have a tent to dismantle the following morning.  We had to be up at 4:45 (this was back in the days when I didn’t regularly get up at this time) to be at the balloon ride launch site at 6:15, by which time Overnight Temperature Inversion had shown Gale Force Wind who was boss by transforming it into Barely There Breeze.

The husband promptly answered the call for set-up volunteers. 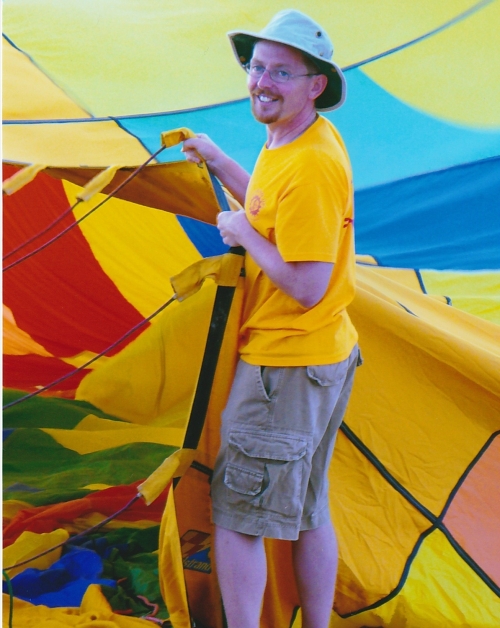 The balloon itself weighed 600 lbs.

I can’t remember how much it cost us to go on the ride, but I do know that the balloon cost $80,000.  Think how much travel you could do for that kind of money! 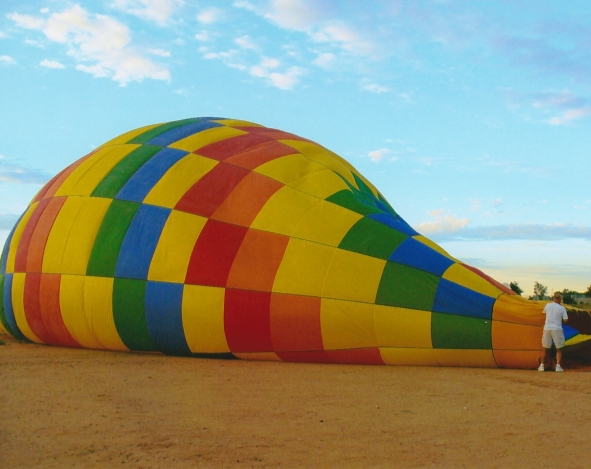 Which, incidentally, is why I can’t abide black and white movies.

There were ten passengers in the basket, along with the pilot.

We were several feet off the ground before I realized we had taken off.  I wish planes take-offs were this serene.

The balloon rose to nearly 5,000 feet.  It was very quiet, except for the periodic blast of gas into the balloon.

We went over some trees…

Then the pilot descended to the Rio Grande, touching the base of our basket to the water before rising again.  Appreciative oohs and aahs were uttered.

In all, we spent about an hour in the air…

Just before landing, the husband answered yet another call for volunteers.  He jumped out of the basket, which was a few feet off the ground, and helped several other people muscle it to a stop.  I would like to see Hot Air Balloon Basket go head to head with Gale Force Wind.  That would be quite a match.  My money’s on the basket.

Then we all chipped in with our body weight to deflate the balloon.  If I had know this was going to happen, I’d have eaten several additional calorie-dense sopapillas the day before. 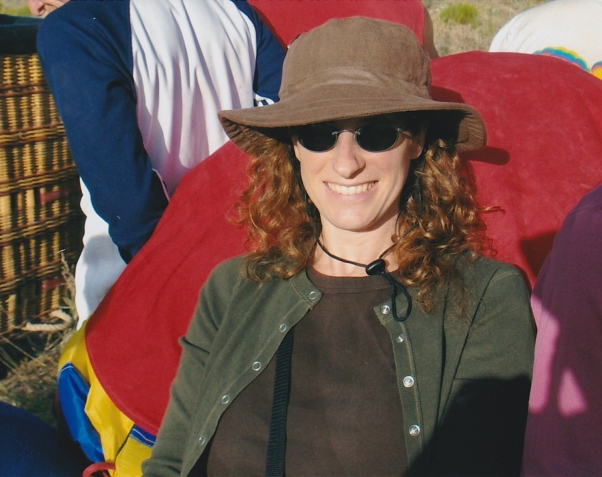 Another spectacular way to get lofty, expansive views in Albuquerque is to take the tram up Sandia Peak, on the eastern edge of the city.

I would have liked to have hiked to the top, but we were short on time. 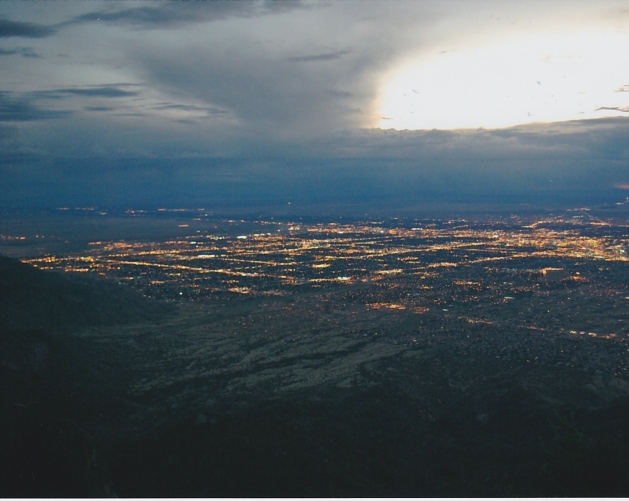 And I’m not really one for hiking in the dark.

On a final note, we were there in August, but every October there is a huge multi-day hot air balloon festival.  I just looked at the website, and suddenly I have another thing to add to our Dust-Farm-Pail List.

Posts in the A Photo Journey series: